Over the recent past, there has been an increasing love for fuel injected dirt bikes. More and more people are purchasing bikes with this type of technology. 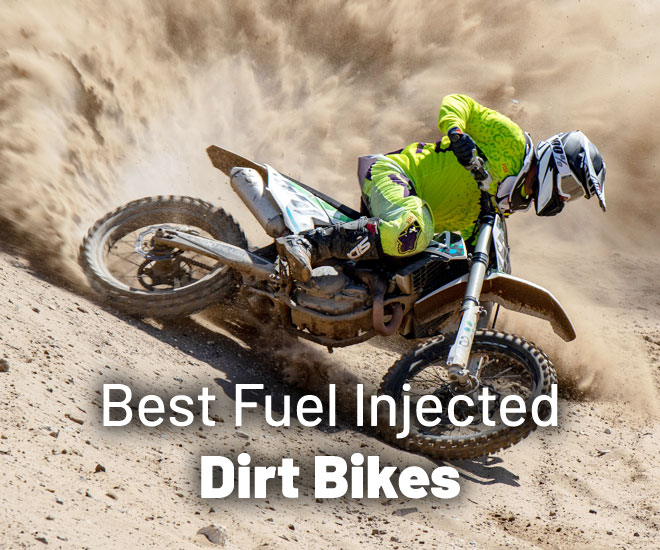 You may have considered it, but you know little about it. Well, do not worry as we have simplified everything for you. Here is a list of the top 5 fuel injected dirt bikes in the market.

What Does Fuel Injection Mean?

Before we get to the list, it is important that you understand the term “fuel injection”. So, what is fuel injection?

Fuel injection is an engine technology. The engine supplies fuel directly to the cylinder in the manifold.

The entire fuel injector system is controlled by an Electronic Control Unit. It is this unit that monitors engine temperature and oxygen levels. It also monitors the air intake and many other vital elements.

The ECU is able to do all of these things through the data obtained from sensors in the system. This data is what is used to calculate how much fuel the engine needs.

Let us look at the best dirt bikes that use fuel injection:

The Yamaha YZR500FI was built by Mark Barrett, who took a Honda CR500 engine and placed it on a Yamaha YZ450F bike.

The bike comes with a decompression valve in the engine that lessens wear and tear.

It took hundreds of hours of development to construct the wiring harness before the EFI system could be mounted in place.

The suspension unit was also modified, so the dirt bike can carry 80 kg rider.

With this two-stroke fuel injection engine, this bike will not only have a better fuel efficiency, but will also provide a powerful riding experience. 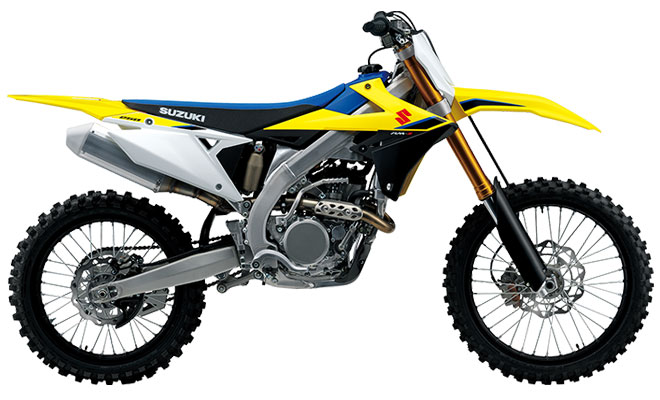 The desire to improve this bike made Suzuki install the fuel injection systems. The company even went a step further to install the fifth generation ECU software.

This goes a long way in ensuring that the rider can take on any path with a lot of ease. It is especially important for professional dirt bike racers.

Suzuki installed a special S-Hac system designed to monitor the throttle and gear positions in order to adjust ignition. This helps in providing maximum acceleration.

Suzuki made some impressive changes in the bike’s handling. The bike does not wander aimlessly at corners. This is excellent for the safety and peace of mind of riders.

The bike has plush seating designed to make the rider’s experience as comfortable as possible.

Better still, suzuki modified the bike’s aluminum frame and swingarm for better stability and bump absorption. The modifications were critical in improving the bike’s cornering abilities. 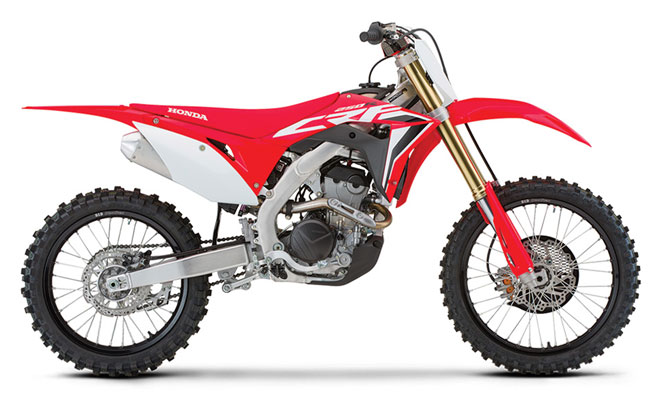 Honda went ahead and made great improvements in the bike’s suspensions. These improvements were geared towards making it studier, especially when riding on rough terrain.

The wheels have a linkage to allow the rear wheel to spin at a lower level. They also included a smaller chain and wider foot-pegs. All of these modifications help the rider get a better balance and lighter feel when riding the bike.

In terms of handling, the Honda CRF 250 R features a 49mm Showa Spring Fork. This fork is designed to increase the bike’s front-suspension precision. It helps a rider handle the bike easily.

The fork also comes with a 25mm rod diameter and a 39mm piston diameter, which guarantees a plush and supple action.

The Honda CRF 250 R comes with a big bore/short stroke combination. This type of combination gives the engine more power. The latest version of this bike features huge radiators that help in cooling the bike as it produces more power.

Even better, CRF 250 R machine has an ergonomic design that features a flat seat/tank junction. It allows the rider move forward and back giving him/her more control of the bike

The Kawasaki KX 250F has always been a top-tier dirt bike. One of the things that have made this possible is its immensely powerful engine.

Kawasaki KX 250F’s suspensions are very impressive. They feature a titanium coating that reduces friction. The bike’s chassis is quite spectacular. It is built in such a way that it makes cornering a simple task as well as creating an overall slimmer feel.

Moreover, the bike has Showa’s Separate Function fork. This is a unique suspension kit that helps in improving the bike’s performance. The suspension kit also helps riders balance the bike easily when in use. 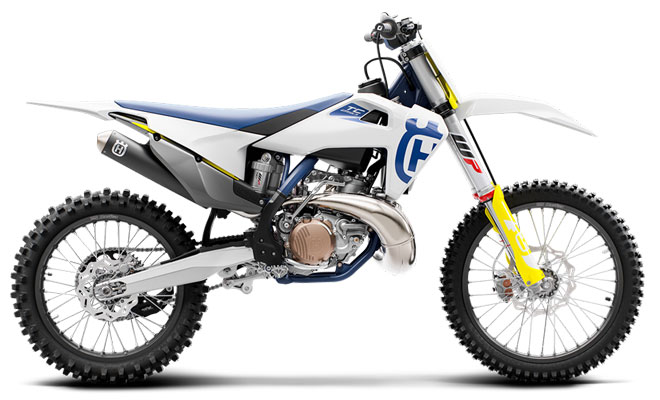 Husqvarna TC 250 is another fuel injection dirt bike that is popular among many. Apart from its great engine, the bike also comes with a 66.4mm bore cylinder. The cylinder features an innovative power valve system.

It is integral in providing smooth and controlled power throughout the rpm range. This system can also be altered and modified to suit any rider’s specifications when the need arises.

Optimal positioning of shafts centralizes oscillating mass. It also helps in improving the bike’s rideability. A counterbalancer shaft is fitted in this bike to reduce engine vibration resulting in smoother rides.

Husqvarna TC250’s frame is designed with a lot of precision and style for an exact balance of stiffness. The frame’s finishing is done using standard frame protectors. These protectors are integral in providing top-notch protection and durability.

The bike subframe is made using carbon fiber that helps in weight distribution throughout the bike.

It is designed to bring weight to the center of the bike for better precision when the bike is in use. The subframe is also modified to exhibit some degree of rigidity so as to facilitate better handling.

In addition, Husqvarna TC250 comes with a Pro-Taper handlebar designed to provide maximum control and comfort to riders.

This bike is fitted with Dunlop MX-3S Motocross tires with special features. This design gives riders a better grip and more progressive cornering.

Can a Fuel Injected Dirt Bike Get Flooded?

Before answering this question, let us go through what flooding means. What is Flooding of an Engine? Flooding is when engines have excessively rich air-fuel mixtures that cannot be ignited.

Yes. A fuel injected dirt bike can get flooded just like another dirt bike/motorcycle. When this happens, it is important to call in the experts, especially if you are a beginner.

The reason is that you have no prior experience in dirt bike maintenance. Therefore an attempt to fix things you do not know could make them even worse.

Fuel Injector vs Carburetor –Which is a Better Dirt Bike?

It is no secret that when the fuel injection technology came up, it took the industry by storm. In fact, the technology was so good that it started pushing carburetors out of the game.

However, you may look at it, but all is not over. Basically, the battle is still on. Well, let us compare these two systems before concluding which one is better.

In terms of pricing, fuel injection dirt bikes are very expensive. This is one of the reasons that make people go for dirt bikes with carburetors.

We cannot forget the fact that with fuel injection dirt bikes, there is a more accurate fuel/air ratio. This then allows the bike to run cleaner and more efficiently.

Verdict: It is safe to say that fuel injection dirt bikes are better than carburetor dirt bikes.

Knowledge of fuel injection is crucial when looking to buy a motorcycle. What will help even more is knowing the top bikes in the market and analyzing them.

With this, you get a deeper insight into the best dirt bikes offered in the market. This can help your selection process go a bit better and smoother.