The Suzuki DRZ400 is what you get when mixing a ballerina with a bodybuilder. This bike is elegant, beautiful, powerful, and versatile and you can’t argue with any of these points. This 398cc is a four-stroke beast that can deliver 33.4hp and a torque of 34.7Nm at top speeds of 94 mph. Needless to say, it’s a must-have for every dirt road passionate. 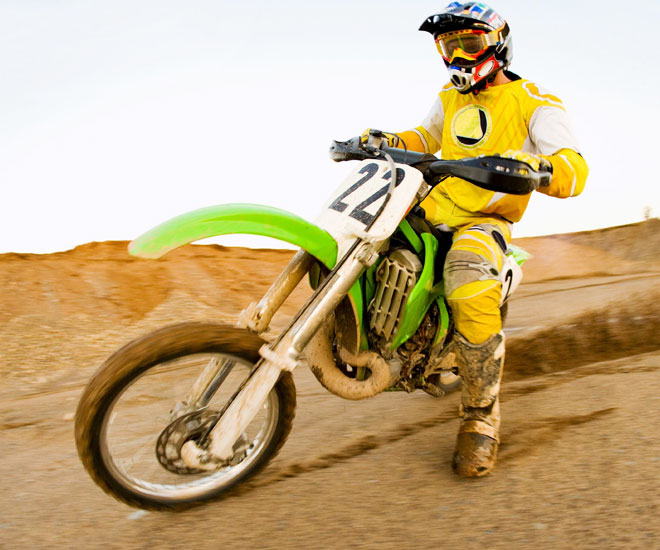 But, as this article’s title suggests, the DRZ400 does have its common issues, just like any other dirt bike. Today, we will dive into the most common 5 problems with the Suzuki DRZ400, to help you understand how to identify them in time.

Let’s start with the most common issue:

This is a common and annoying issue not only with the Suzuki DRZ400, but with all dirt bikes. There are multiple signs hinting at an overheating problem, like loss of power during acceleration, a hotter-than-usual cylinder, overspill of coolant, radiator steam, etc.

Obviously, a temperature sensor will indicate the problem faster, removing the need to blindly look for hidden signs yourself. Some common causes for engine overheating in four-stroke bikes include:

It’s difficult to imagine a more frustrating problem than this. There’s no biker in the world who hasn’t experienced this issue at some point. There are several reasons for your bike refusing to start. These include a low compression, dead battery (imagine), a dirty air filter, or a dirty carb.

These problems usually occur when not using the bike for a couple of weeks. Or riding it in muddy areas and not cleaning it thoroughly enough. Your Suzuki DRZ400 needs some regular maintenance to keep the radiator and carb clean, among other things.

You know how I just said that the bike not starting is one of the most frustrating problems I can think of? Yea, scratch that, I actually meant this one. This problem is common in both two-stroke and four-stroke bikes like the Suzuki DRZ400, especially in bikes that have seen their fair share of riding.

If your bike simply won’t stay running, there are several aspects you might want to check, like:

The same problem will occur in case you have a dirty air filter, dirty EFI injector, a clogged fuel filter, and so on. Assess the situation and identify the underlying problem before it aggravates.

Bogging is a common and rather complex problem that many dirt bikers will experience at some point. It’s also an annoying one since nobody likes engine hesitation, especially during high-speed races. What many people don’t realize is that bogging can be of multiple types, like lean, rich, or gear bog.

Other problems causing bogging include improper air box mounting, damaged vacuum lines, vacuum plugs, etc. Many are easy fixes, but others may be more expensive and demanding and even hide more serious underlying problems.

The point is – never ignore bogging, even if it seems minor.

This is typically a two-stroke bike problem, but all dirt bikes can experience it at some point. The causes are multiple, including dirty and clogged air filter, a worn top-end, or rich jetting (the engine takes in more fuel than it can burn.)

The latter, especially, is a reason for concern since the excess fuel will go through the engine, causing black smoke more often than you’d like. When that happens, remove the spark plug and check it visually. If it’s wet with fuel, you now know why.

The Suzuki DRZ400 is among the most reliable dirt bikes around, although it does have some minor issues here and there. Nothing you can’t fix, however, since these are all common in the bike world.

Just pay attention to your bike, since it always speaks to you. If you don’t like what you hear, check the issue, and find a fitting solution fast.