If you’re a dirt bike lover and set your eyes on the Yamaha WR250R, you’re not as lucky as you wish you’d be. This 250cc, four-stroke dirt rocket was discontinued in 2020 by Yamaha, so you can no longer purchase it new. 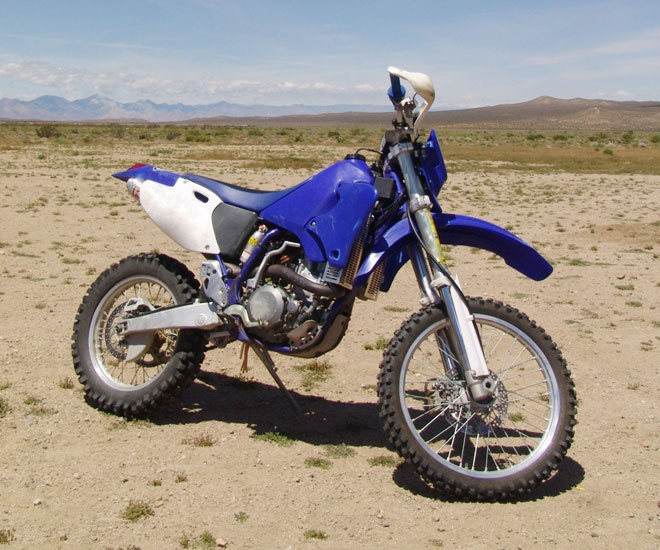 However, if you’ve already found a seller and decided to get it, you should know what you’re spending money on. Let’s start off by saying that there’s no such thing as the perfect dirt bike. Sure, you can scroll through various 10-bullet-points lists on the internet, and you will find different pieces each time.

That is because, ultimately, there is no perfect bike. It all comes down to personal preference. So, if your personal preference has decided that the WR250R is the dream bike to have, here are the 5 common problems that WR250R users have reported the most:

Bogging is simply the ‘cough’ or the pause you get when turning the throttle. This issue is more common in two-stroke bikes, but it can sometimes occur in four-stroke ones like the Yamaha WR250R.

The real problem here is that bogging isn’t the actual problem, it’s just a symptom. Your job is to figure out the underlying problem that’s triggering the unwelcome throttle response. Here are some potential causes for bogging:

There are many other potential causes for bogging, including a stuck choke, a dirty air filter, a faulty CDI box, faulty electrical wiring, etc. Whatever the cause, bogging needs fixing, especially if it tends to become a recurring problem.

There’s no bike or car in the world that won’t experience clutch issues at some point in time. In most cases, this issue is temporary and easy to fix. Like having a poorly adjusted cable, using the wrong oil, and causing the sticking plates to misbehave, or deformed clutch plates.

In other cases, the clutch plates are simply worn out and need replacement. This is more obvious in the case of slipping clutches. Fortunately, clutch-related problems are minor, and you have a variety of easy fixes at your disposal to solve them.

This sounds like an unlikely issue to experience in a dirt bike, but it’s more common than you might suspect. Sure, it’s easier to detect a gas leak in a bike rather than a car since the bike is smaller and more compact, allowing you to notice the problem easier.

On the other hand, bikes are more likely to experience this issue, dirt bikes in particular. Running over uneven terrain and high speeds and pumping the suspensions constantly on rocky hills can lead to cracks in the fuel line.

You may not notice the leaks per se, especially if they’re not that glaring, but you will notice the symptoms. I don’t need to tell you that the problem needs fixing urgently.

Yes, we’re at the leaking section now. As a dirt bike rider, you probably know that some of the most common issues with dirt bikes involve difficulties keeping the fluids in. Accidental bumps and crashes are all common on rugged terrain, and these can all lead to crushed, cracked, or bent radiators, leading to coolant leaks.

If this happens, you require extensive reparations that will involve welding. But coolant leaks can happen for a variety of other causes as well. Engine overheating or a faulty radiator cap can also cause this issue due to the cap’s inability to contain the cooling system’s pressure.

The overheated engine will also cause the coolant to bubble and leak the overflow. No matter the cause, this issue is relatively easy to fix in a specialized shop.

This problem has a lot to do with how you’re riding. A slow pace, combined with a slipping clutch, will lead to engine overheating, which, as I’ve explained, will cause a variety of issues. The overspill of coolant is one of them.

To prevent this issue, consider investing in a temperature sensor to monitor the engine’s temperature if your bike doesn’t already have one. It’s a smart investment, especially if you’re riding a lot and you’re not that proficient at it.

These are but 5 of the many other issues you’re bound to experience with your Yamaha WR250R at some point. If there’s any takeaway you should consider, it would be this – you ride the bike, don’t let the bike ride you.

That being said, the Yamaha WR250R is solid, reliable, and will treat you well, so long as you treat it with the same respect back. And, oh yea, don’t ignore the problems arising along the way, no matter how minor they might seem.